Mr Jacques Attali who is the founder of Global Positive had brought experts, leaders, elected officials, and civil servants together in the auditorium of Le monde Newspapers in Paris, to discuss issues affecting society including inequalities, education and the environment and report findings to political leaders. Ukraine was also part of the discussion

Eliane Mukeba was particularly happy to have met, the Nobel Prize Winner "Doctor Denis Mukwege" who has been advocating for equality and justice for Congo women victims of rape. 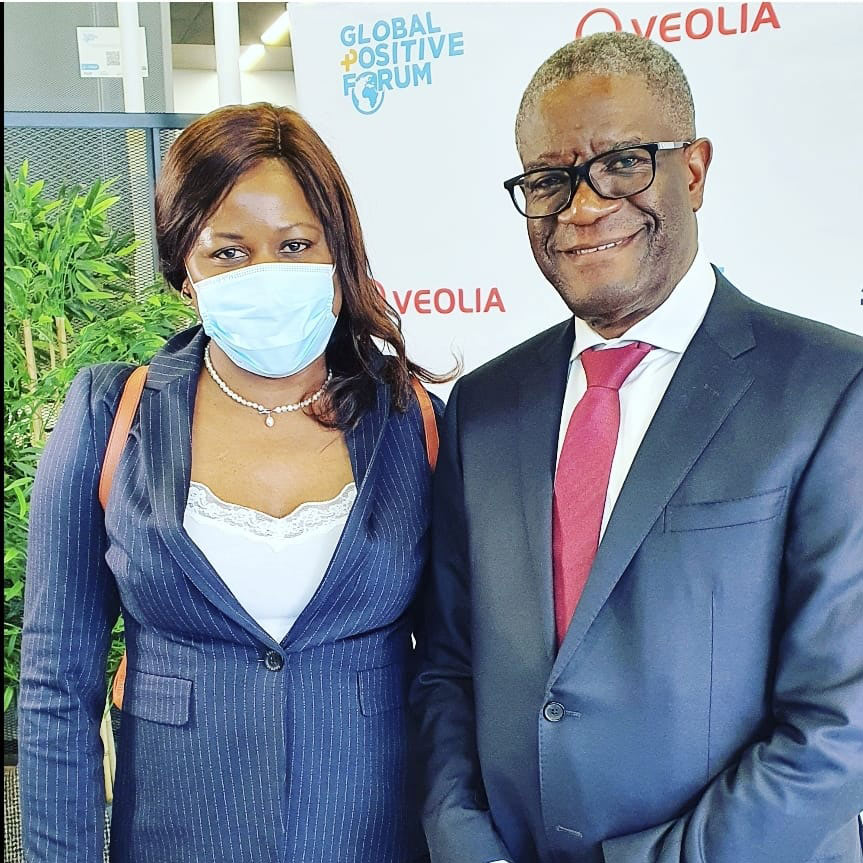 As a charity we want to play our part in the Ukrainian emergency crisis.

We are raising money to connect with migrants trying to leave Ukraine and get them where they want to go.

We want to help as much or as little as we can. Your donations will help get a family on the train or reallocate them. Most of those who immigrated to Ukraine are still stuck in the country, and the majority are students, women and children trying to get their governments to act and get them to safety, but they have not succeeded so far.

They need to get to Medyka (the Ukrainian and Poland Border) or the borders of Romania, Moldova and Germany to get in touch with their embassies.

We work with volunteers in Medyka to identify those indeed of train tickets. Together, we are a community of support for those fleeing the war in Ukraine. We all want to help as quickly as possible.

Please donate what you can now!